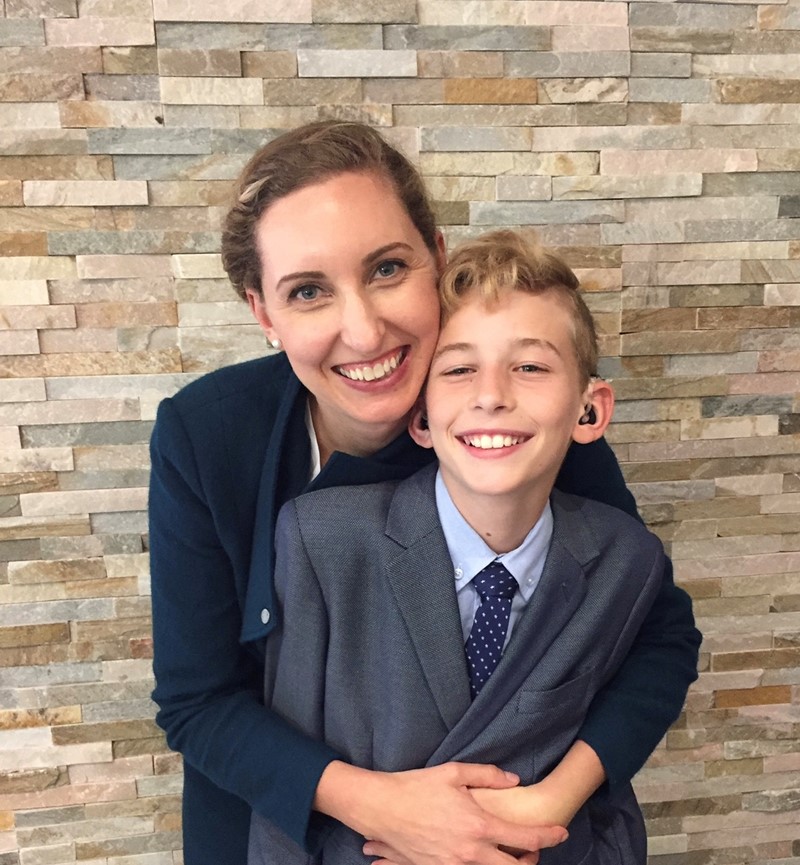 Leon was a delightful, happy baby, who was babbling and developing all milestones that every parent would expect. However, at the age of 5 months, we noticed a few things that triggered some investigations and test, such as sleeping through loud noises. The test revealed that Leon had moderate to profound deafness bilaterally. At 6 months, Leon had his first hearing aids fitted and was enrolled into an Early Intervention Program. Through an auditory verbal therapy program, he developed listening and speech without the use of signing. Although Leon was an excellent learner, at 2 years Leon’s progress was falling well behind peer group levels. It was recommended he should get a cochlear implant, which enabled much better access to sound. At age 3, Leon was fitted with his first cochlear implant, and continued to wear a hearing aid on his left ear. After graduating from The Early Intervention Program, Leon was enrolled in mainstream primary school, with an Outpost program, where teachers of the deaf act as a support unit for hearing impaired children. Although he managed good access to speech, he continued to fall behind in academic milestones. Further investigations showed that he was having difficulty accessing speech due to classroom background noise interference. Leon was then implanted with his second cochlear implant at age 7. Displaying maturity beyond his years, rehabilitating his left sided ear and retraining his brain without much need for prompting from home, school or medical team.

Life with My Implant

After rehabilitation and a settling in period, Leon could hear sounds that I didn’t realise he wasn’t hearing. Little things, like the sounds of birds. With early intervention and assessments Leon started to show improvement. It was quite amazing listening to nursery rhymes we recorded pre implant and post implant. I could hear through his singing and speech development he was improving greatly.
In Leon’s case, the quality of sound coming from an implant far exceeds the quality of a hearing aid.
Despite his disability, Leon has not only regained lost ground, he has rocketed ahead exceeded all our expectations.

My Role as A Mentor

When making the decision to implant, you have the options of the experts and clinicians, but it’s often lovely to hear from other families with older kids that have gone through a similar hearing loss journey. We feel we could offer our help and support for others in similar situation.

Get as much information that you need to make an informed decision. Every hearing journey is unique to the individual.